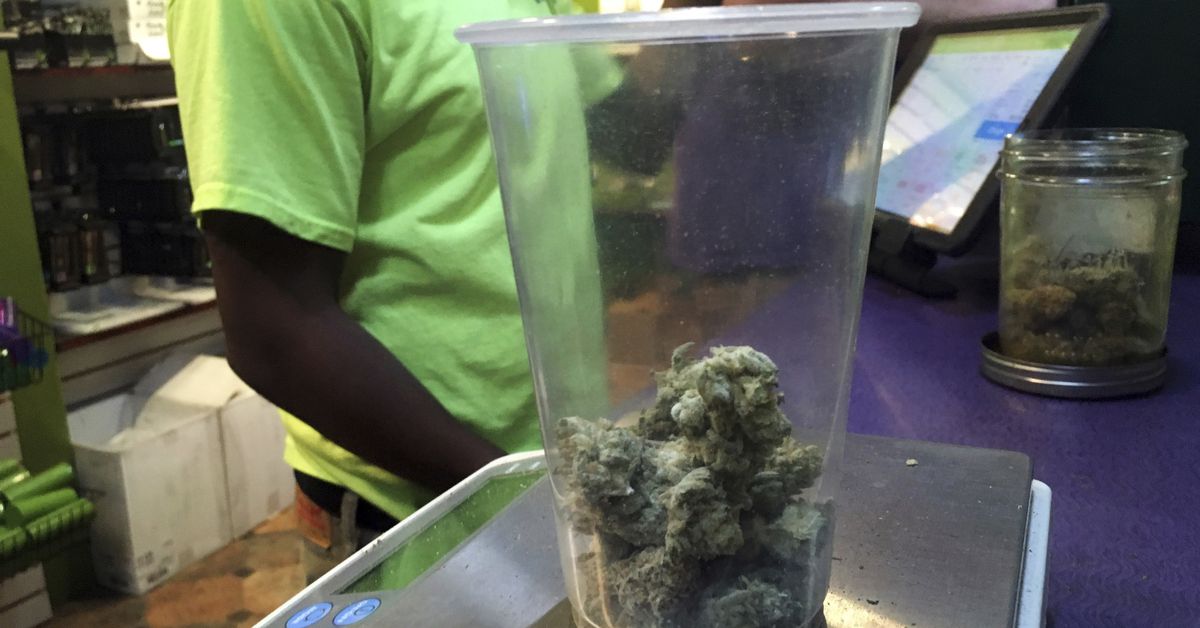 Weed workers across the country are unionizing, and California just made it easier for them.

On Friday, Gov. Gavin Newsom signed into law a requirement that all cannabis stores enter into so-called “labor peace agreements” as soon as they have 20 or more employees.

California is now one of two states — New York is the other — that requires licensed weed shops to make a deal with a formal labor union in which managers promise not to stop workers from joining a union. And in exchange, organizers won’t encourage labor strikes against the company.

Labor unions have been pushing for these agreements in recent years, as more and more states decriminalize marijuana. They say they want to make sure the $6 billion industry doesn’t exploit workers, who are often paid below the minimum wage or given marijuana instead of wages.

They also see it as a pathway for workers to form a labor union and boost membership. When unionized, cannabis workers have ended up negotiating annual raises, health insurance subsidies, and higher-than-average wages, according to the United Food and Commercial Workers International Union, which has been organizing cannabis workers across the country since 2011.

California has required cannabis shops to sign labor peace deals ever since 2018, after voters approved a ballot measure that legalized recreational marijuana sales. There was just one problem: the law didn’t include a way to enforce the deals, because it didn’t give businesses a deadline to make them.

The new law, signed Friday, gives businesses 60 days to do so. If they don’t, workers can file a complaint with state labor regulators.

This will “provide employees with clarity on when an employer is failing to comply with the laws and a complaint needs to be filed,” said Reggie Jones-Sawyer, the California assembly member who sponsored the bill, according to the industry news site Cannabis Wire.

While the new law represents a small tweak to the current law, it will help unions make inroads in one of the fastest-growing industries. It also represents an unusual approach to labor organizing.

The emerging legal marijuana industry is relying on a rare labor strategy once used to organize shipyard workers and casino employees. They’re known as labor peace deals, or LPAs.

Each deal varies from workplace to workplace, depending on what both sides negotiate, but they tend to have some things in common.

First, company managers agree not to dissuade workers from unionizing, and they often agree to give employees’ contact information to labor organizers. They also give unions access to the workplace to meet with employees, as long as organizers don’t disrupt work.

In exchange for access, labor organizers agree not to vilify a company or say negative things about an employer to its workforce. The unions also agree not to encourage workers to go on strike or picket.

As the term suggests, these deals are meant to keep the peace during what can often become a tense unionization process. But the setup only works when employers aren’t trying to stop workers from organizing all together.

For the legal marijuana industry, these deals are sometimes mandated under state law. Aside from California, New York requires its medical marijuana dispensaries to sign labor peace deals. In Illinois, which recently legalized recreational marijuana, the state will consider whether a business has signed such a deal when determining which shops can get a license.

Labor unions, such as the United Food and Commercial Workers International Union, have been pressuring states to pass these laws. They see it as a way to boost union membership in a rapidly growing industry.

Ten states have fully legalized marijuana sales in recent years, for both medicinal or recreational consumption. About another dozen states allow sales for medical use. As more and more states pass laws allowing businesses to set up shop, the demand for workers will continue to rise.

It’s hard to determine how many people work in the cannabis industry. Because selling marijuana is still illegal under federal law, the US Department of Labor doesn’t track job growth in the industry. But New Frontier Data, a cannabis market-research and data-analysis firm, estimates that the legal industry employs at least 250,000 people who work directly with the plants. That includes people working in dispensaries, coffee shops, bakeries, patient identification centers, hydroponics stores, and growing facilities.

And the growth of marijuana dispensaries is a trend that labor unions are paying attention to.

The United Food and Commercial Workers International Union, better known for organizing supermarket employees, is the now the “most powerful cannabis union” in the country, representing more than 10,000 workers in 14 states, according to Rolling Stone magazine.

“It has negotiated contracts with major operators like MedMen, helped legitimize the movement for cautious politicians, and hammered out pro-worker provisions in multiple state legislatures,” writes Josh Marcus for Rolling Stone.

In fact, it was UFCW that forced the federal government to enforce labor rights for cannabis workers. In 2013, workers at a medical marijuana company, Wellness Connection of Maine, walked off the job that winter, protesting the company’s use of pesticides. The company repeatedly retaliated against workers for trying to unionize with the UFCW, and disciplined several workers who participated in the walkout, according to the National Labor Relations Board, which enforces federal collective bargaining laws.

In October 2013, the company settled the case. By doing so, the NLRB acknowledged that cannabis workers were protected under the National Labor Relations Act — the 1935 law that gave workers the right to unionize.

“Only by sticking together, we were able to find the strength to speak out about the gross violations that we saw at work,” Ian Brodie, a former Wellness employee, said in a statement after the settlement was reached. “By fighting for our union, we are protecting our customers and shaping the medical marijuana industry into a safe and well regulated industry that provides good jobs and needed medicine for our community.”

It’s unusual for a company to advertise the fact that its employees are unionizing. But in the legal marijuana industry, that’s normal — a sign that the company is a legitimate business, and not a shady operator growing marijuana in someone’s garage.

In August 2018, employees for the Have a Heart dispensaries signed the first collective bargaining agreement for cannabis workers in Washington state. The company even wrote a press release to announce it: “We consistently strive to have a positive impact in the neighborhoods where we do business, and we see our partnership with [UFCW Local 21] as part of our commitment to creating a safe and empowering workplace,” wrote CEO Ryan Kunkel.

The contract, which covers about 135 workers in the Seattle area, includes comprehensive health care benefits, annual raises, and higher-than-average pay rates for the industry, according to the release. Recreational marijuana sales are fully legal under Washington state law.

Then, last week, cannabis workers in Pennsylvania signed the state’s first collective bargaining agreement in the industry, according to UFCW Local 1776. They work for Pennsylvania Medical Marijuana Solutions, a subsidiary of Vireo Health, which operates in 11 markets with legal cannabis.

The new contract sets base wages for employees and provides them with affordable health care benefits, guaranteed annual raises, generous paid time off, and an employer-funded retirement plan.

Wendell Young, president of the union affiliate, described the contract in a press release as a “great win for the future of all workers in the cannabis industry.”

The CEO of Vireo Health, Kyle Kingsley, issued his own statement too, and it suggests that cannabis companies see unions as effective partners in advocating for marijuana legalization.

“We believe that a unionized workforce is key to our company’s success and look forward to partnering with UFCW to support legislation, such as legalizing adult-use cannabis, that will help create thousands of new middle-class jobs across the Keystone State,” he wrote.