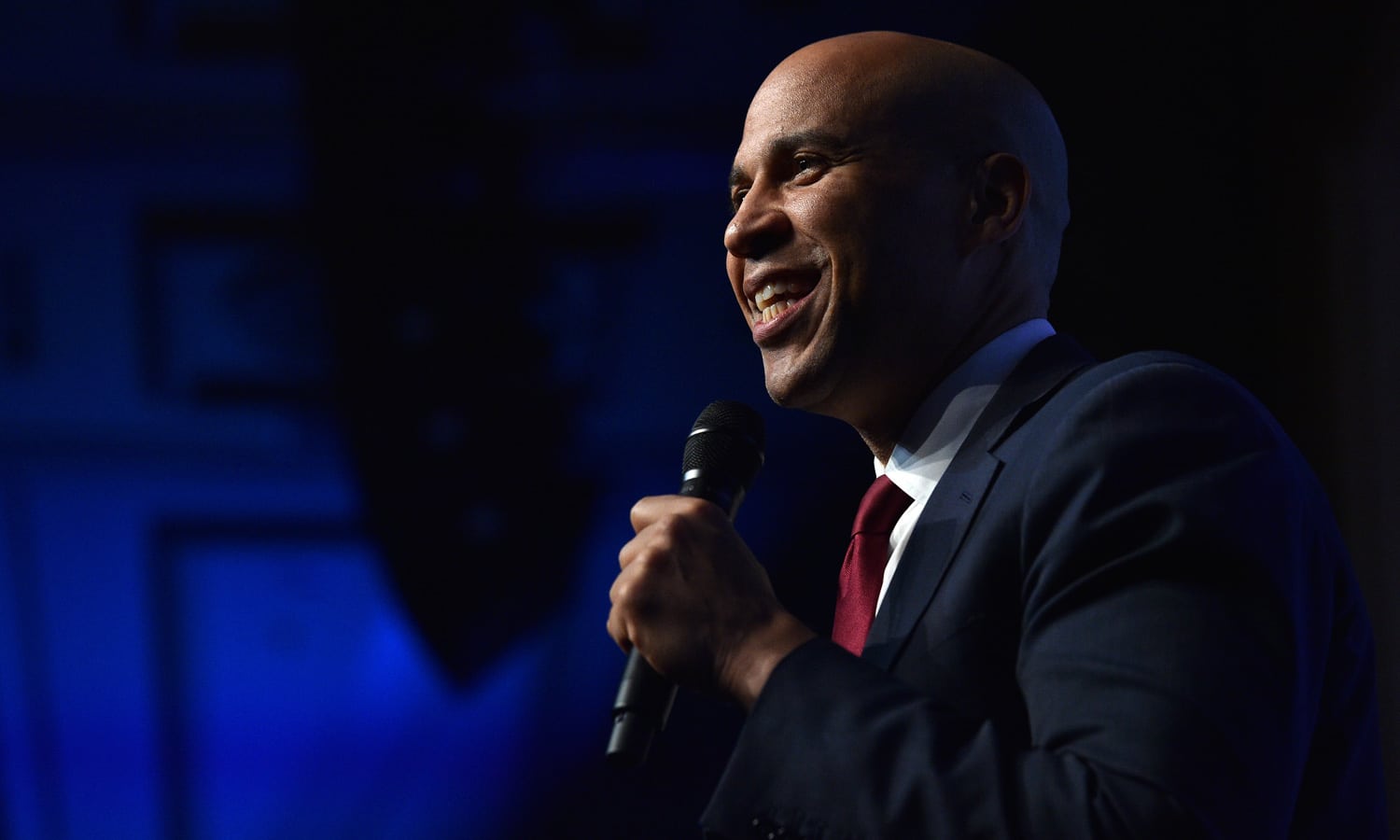 On national television Wednesday night, as Democratic candidates debated their viability to become President, Cory Booker did something radical. He said what everyone at home watching was really thinking.

Booker had some thoughts on Biden’s stance.

“This week I hear him literally say that, ‘I don’t think we should legalize marijuana,’” Booker started. Then he turned to Biden and added, “I thought you might have been high when you said it.”

Booker calls out Biden on his stance against legalizing marijuana: “I thought you might have been high when you said it” #DemDebate pic.twitter.com/21ysS5kndt

Booker’s comments drew spurious laughs, and he used the opportunity to address the war on drugs and its devastating effects to communities of color.

“Marijuana in our country is already legal for privileged people,” Booker said. “It’s why the war on drugs has been a war on black and brown people.

“With more African Americans under criminal supervision in America than all the slaves since 1850, do not roll up into communities and not talk directly to issues that are going to relate to the liberation of children. Because there are people in Congress right now that admit to smoking marijuana, while there are people, our kids, who are in jail right now for those drug crimes.”

” I do think it makes sense based on data that we should study what the long-term effects are for the use of marijuana, that’s all it is,” Biden said.

That said, I’d view it as personal failure if I did share this fantastic meme of Joe Biden’s face melting when Booker smoked him for his marijuana views.